• To exchange expertise and ideas among local authorities and other interested parties
• To organise occasional seminars and develop other means of information exchange as part of continuing professional development
• To help establish working relationships between Government, local authorities, and advocates.

Active Travel Seminars in the North West of England

There have been more than eleven seminars in all, with the later ones attracting a small but increasing number of advocates.  Some of the last seminars were also called Regional Seminars in Active Travel, and all latter seminars encompassed walking as well as cycling.

The North West Active Travel Network (formed in 2011) is continuing the series, often in coordination with other organisations, calling the seminars Regional Seminars in Active Travel. It is intended to continue having speakers mainly from local authorities, with some from national bodies and some advocacy organisations.

Roland Graham
A member of the Pedestrians’ Association since 1969, and a cycling advocate for over forty years, Roland set up and ran the ‘Providing for Cycling’ course for the University of Leeds 1990-96. As a trustee of Cycling Projects In 1999, he started the series of North West Cycling Planning Seminars with the support of the Government Office for the North West. He later worked with new partners as NWATN, to transform the seminars to the current series.

Robin Field
Chairs NWATN.     A retired teacher from Blackburn, Robin has been a local Living Streets contact and CTC (now Cycling UK) Right To Ride rep for many years.  Formerly  he was also the regional RtR Rep for the North West, chaired the CTC’s national Campaigns & Policy Committee’ and sat on the Highway’s Agencies National Road User Committee.    He helped Roland Graham set up NWATN.

Vincent Walsh
A lifelong cyclist and public health advocate he has campaigned for sustainable transport as a Sustrans Ranger, former chair of Greater Manchester Cycling Campaign, executive member of the Transport & Health Study Group and co-ordinator of 20’s Plenty for Manchester. Retired from full time nursing, Vincent now passes on his passion for cycling as a Bikeability instructor at local primary schools.

Stella Shackel
Stella Shackel (PhD in insect-plant interactions, MSc in Sustainable Transport) is an experienced researcher and consultant bridging transport and ecology currently investigating air quality, green infrastructure and barriers to walking and cycling.  In addition, she trains people to cycle to Bikeability standards, enables inclusive cycling for all needs, designs and leads rides, co-ordinates other cycle ride leaders, advises on cycle and pedestrian schemes, as well as being an everyday utility cyclist who also loves cycle touring and exploring.

Alasdair Simpson
Alasdair Simpson was Senior Cycling Officer for Lancashire County Council from 2000 to 2016. This included work on the Lancaster Cycling Demonstration Project, the Way of the Roses and Morecambe Promenade, which won the award as the best cycling scheme of the year. Prior to this he worked for Warwickshire County Council on safety audit, accident remedial and traffic calming schemes, including an environmental enhancement scheme in Atherstone Town Centre which won a national award. He has a M.A in Marketing from Lancaster University and was educated in York. He lives in Cumbria.

🌇By 2050, 2.5 billion more people are expected to be living in #cities 🚲200-year-old #bicycling is highlighted as a technological solution to many modern #urban ills with the power to drive profound societal changes @carltonreid Retweeted by NWATN

Shared Space: does it work? Site visit to Poynton & free seminar organised by the @NWActiveTravelN on 23 May, 11-2. eventbrite.co.uk/e/shared-space… @CheshireEast Retweeted by NWATN

#WhatWouldYouDo to improve health services in #Halton? What can the local NHS do to help you & the community to stay well? Share your views and make care better. Take part in our survey now - https://t.co/oQy8g8uU4D
@haltonccg @haltonbc @HaltonCarers @HSHVCA @HaltonDisabili1 pic.twitter.com/LdDTTV70V6

Maybe not too long from now our kids will be able to make their way to school in a healthy, clean, quiet way in perfect safety twitter.com/samsterby/stat… Retweeted by NWATN

This is a must read. A quick skim offers a lot of great insight. I need some time to take all the findings in. One immediate question I have is how to break perceived link between cycle tracks and congestion/air pollution? How can we ensure people refer to the right info? twitter.com/RachelAldred/s… Retweeted by NWATN

If we are driving, we are a big part of the problem. We won’t change unless it’s more convenient for us to do something different. 250m car journeys in GM every year of less than 1km... It’s targeting the right people twitter.com/PaulLazybloke/… Retweeted by NWATN

This used to be a nonplace for 40.000 cars per day #Seine #Paris #BergesDeSeine Retweeted by NWATN 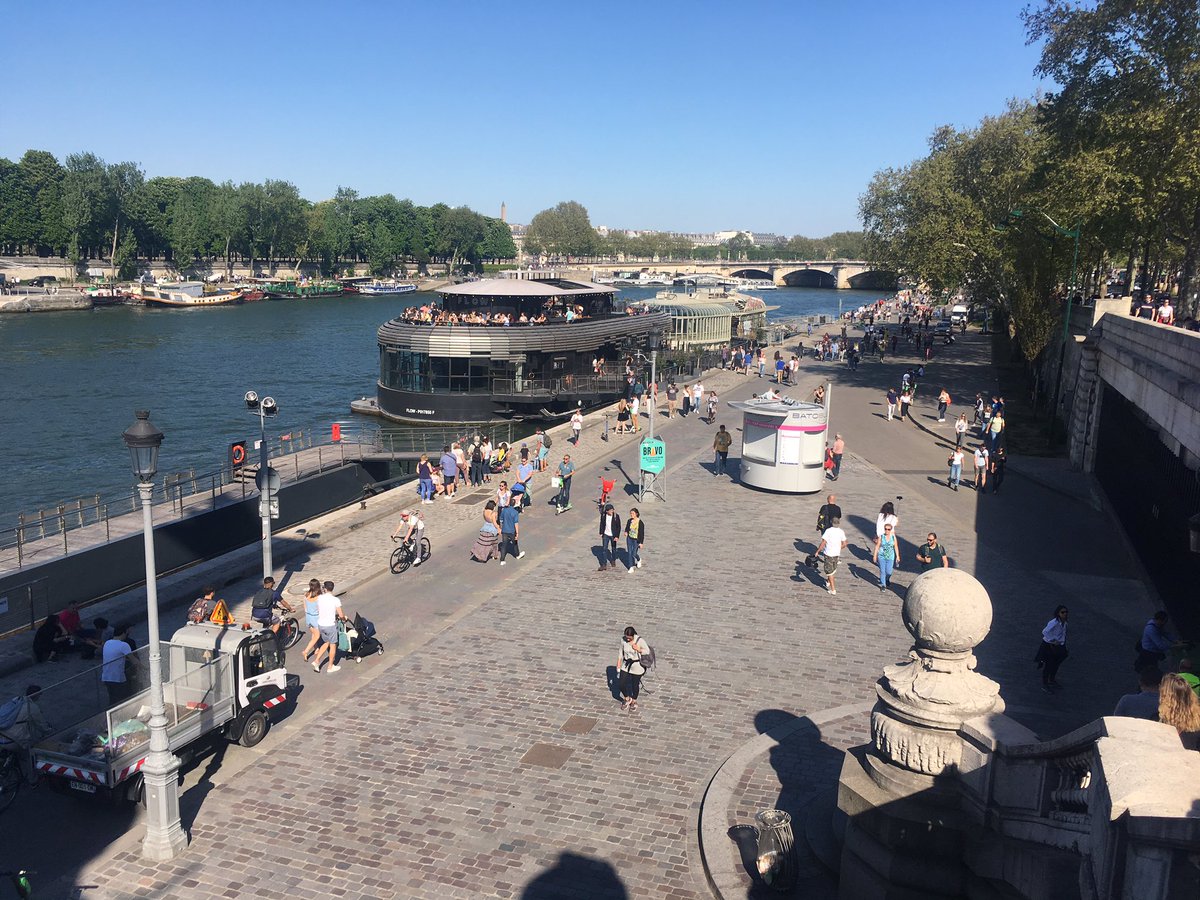 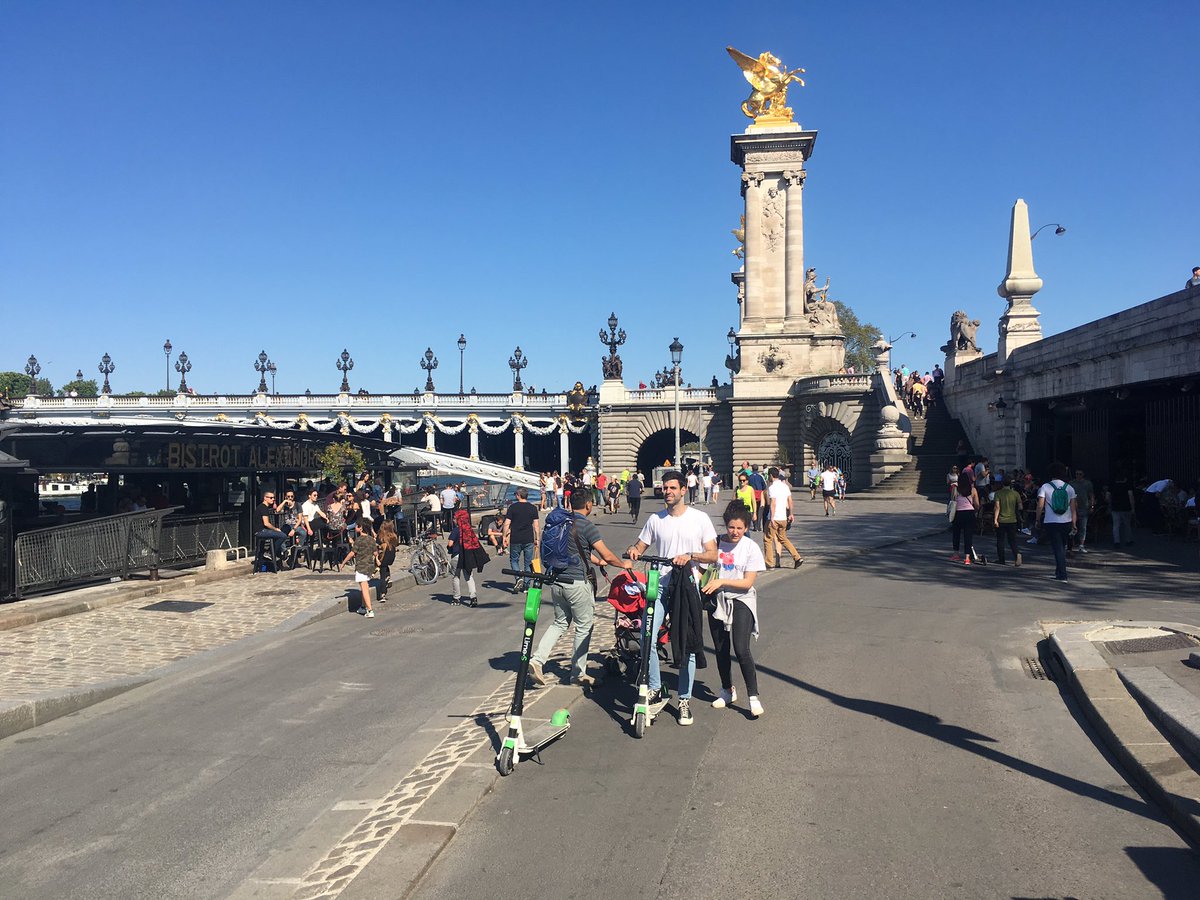 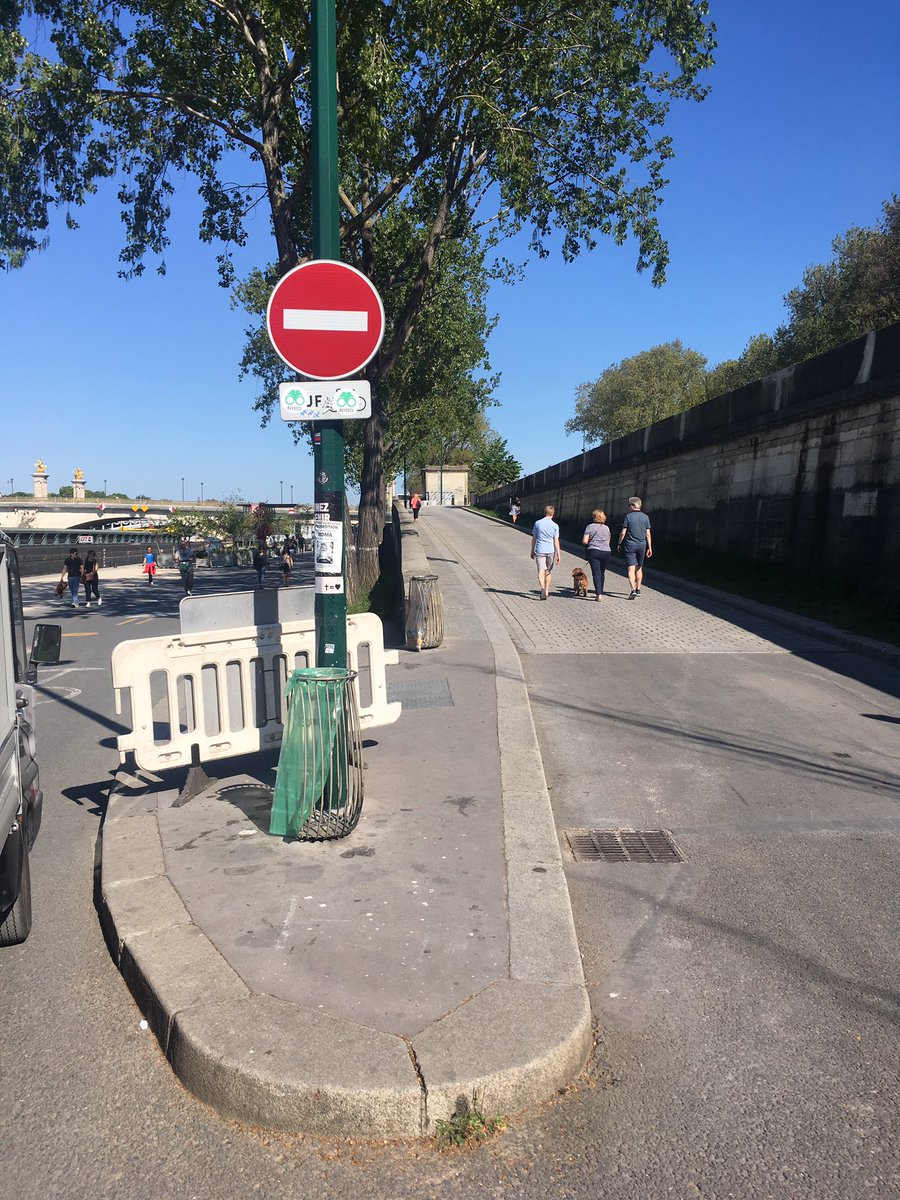 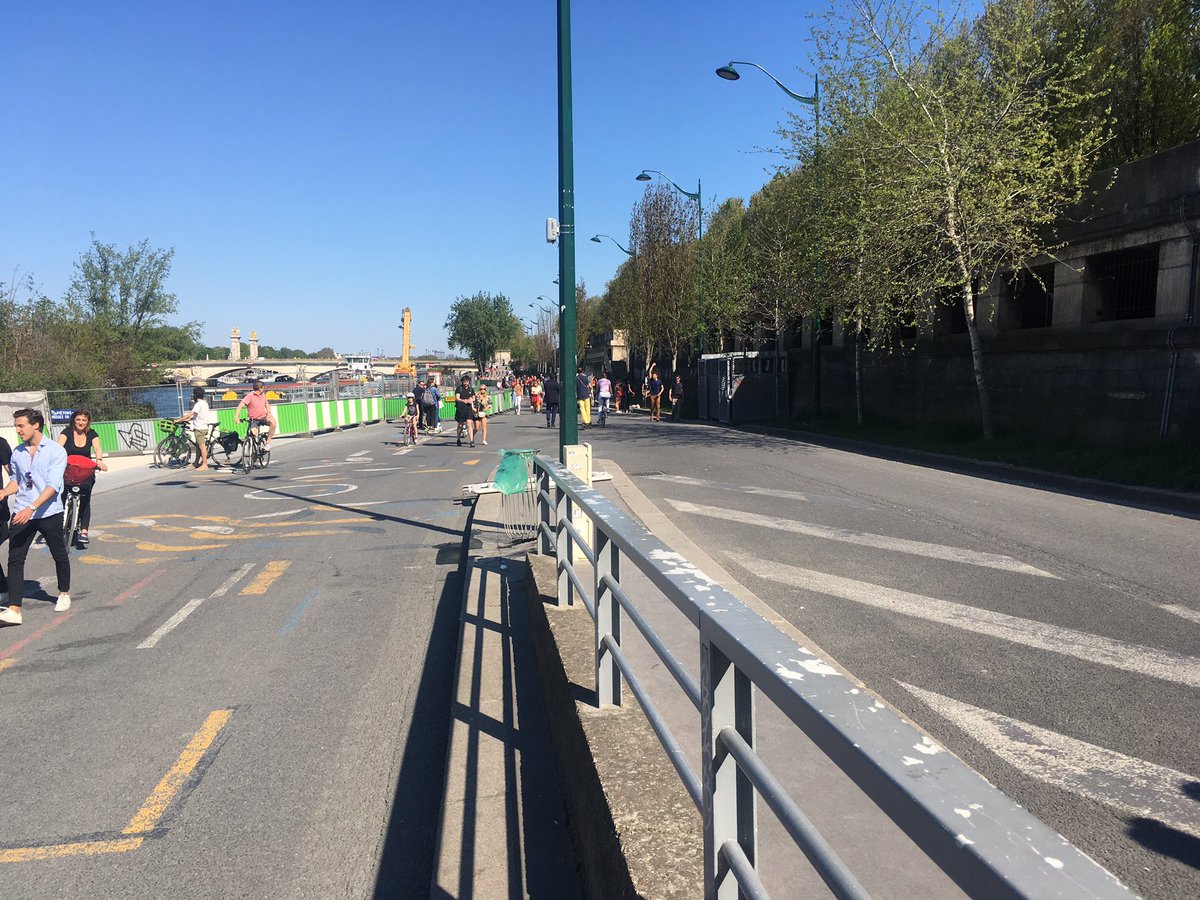 Why not come along to discuss #shared space at NWATN site Visit 23rd #May https://t.co/I3IoeJAz3V

Why not come along to discuss #shared space at NWATN site Visit 23rd #May eventbrite.co.uk/e/shared-space…

Speed limiters to be fitted to new cars from 2022. So many people will benefit from this. Whilst it sadly comes too late for the 1000s who have had loved ones killed by speeding drivers, we are united in our desire to see others spared from suffering roadpeace.org/2019/03/27/spe… Retweeted by NWATN

Walking is great for your mental wellbeing - it's a great way to improve mood, reduce stress and isolation. Our research found over 8 in 10 adults said visiting the countryside was good for their mental health. ramblers.org.uk/yourpathawaits #WorldMentalHealthDay Retweeted by NWATN 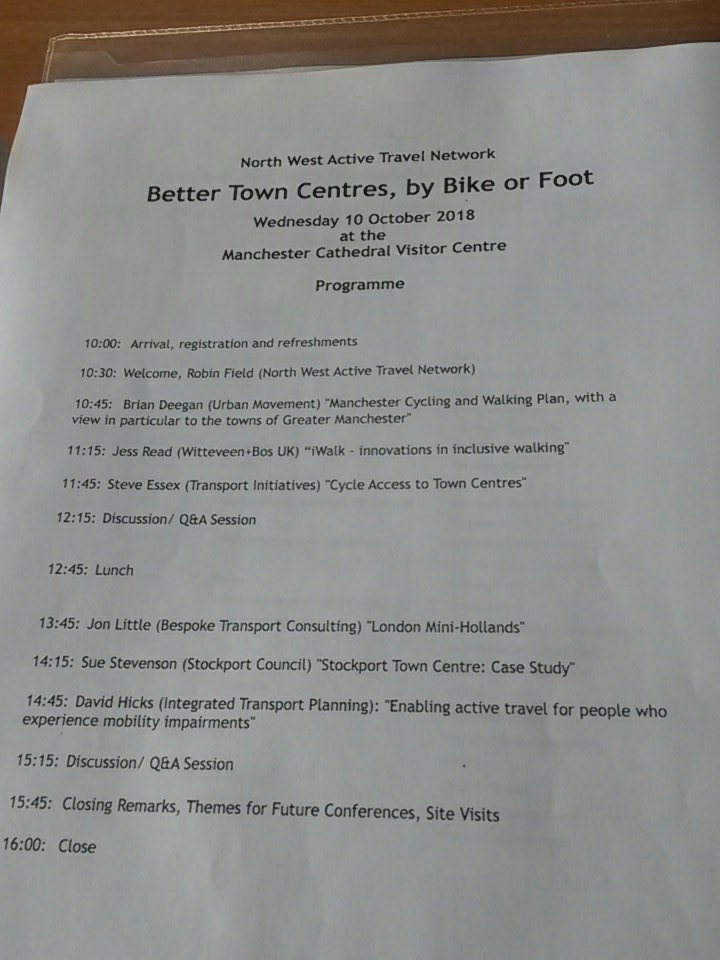